MariaDB is one of the best-known databases in the world, created by the same MySQL developers, who maintained the open-source framework. Its main feature is the speed, scalability, and robustness of its tools, plugins, and, of course, storage capacity.
For the full article on Mariadb ... 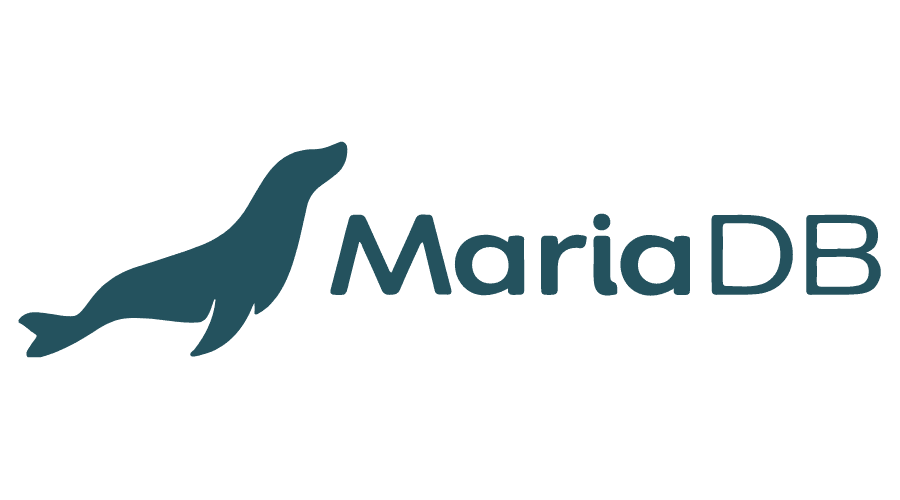 The MariaDB database was created after a series of events involving large companies, programmers, and database users, in particular MySQL, which was created in the 1990s for use in a personal environment.

As database management with MySQL became very practical, several companies ended up opting for the tool for use in a corporate environment. Currently, all IT professionals know the technology, mainly because it is open source, thus becoming extremely popular.

In the late 2000s, there were some events that gave rise to the MariaDB database, especially the divisions and negotiations between Sun, MySQL, and Oracle. MariaDB was launched in January 2009.

What is a database?

The database stores and organizes information about a corporate website. After all, all the files that are inserted in it - texts, files, photos, videos, documents, etc. - need to be accessed in an agile and practical way by all who operate it, right?

The WordPress platform is usually one of the most chosen by business owners due to the ease of handling and generating content. The creation of the database in it is essential so that the information is kept in a safe and effective way, which optimizes the management of the website.

Of course, the visitors' browsing experience is also benefited, since they are able to quickly and easily access any part of the site that is of interest.

The MariaDB database is a database server that can be used with Linux and Windows. The data included in the server can be organized in a structured way.

With the software, it is possible to manage information in an efficient and organized manner. Data can be edited and tables can be created to separate and classify information, in addition to scheduling events, exporting files, including procedures, among other important features of the MariaDB database.

The MariaDB database software is quite complete. As it is well structured, it can be used to work with information on a large scale, with several tools, plug-ins, and systems to store information.

It is software-compatible with the SQL language, and among its differentials are versatility, performance, and security. The program's interface is intuitive and friendly, which makes its use even simpler, pleasing developers, and IT staff.

The MariaDB database was gradually occupying more space in the market since several users ended up exchanging MySQL for it. This migration took place due to a series of advantages and features of the MariaDB database.

Advantages of the MariaDB database

Another advantage is that update patches and other information have a list of CVE identifiers, which indicate vulnerability. In the MariaDB database, the user does not have to wait for new versions every 3 months. On the contrary, new technology is available more quickly for use.

The MariaDB database is indicated for those who want more efficiency in carrying out the work. To consult or search for data and information, the method used is simplified and optimized.

In addition, the response speed is much higher, and the user can look at the benchmarks to see the difference. Queries can be up to 5% more efficient when compared to other database technologies.

The MariaDB database is collaborative software, in addition to being open source. All patches added have greater clarity in the software, and the user can better monitor the flow of patches. All development decisions can be discussed between the team, using the Public Bug Tracker.

The MariaDB database software allows for greater integration and collaboration. Developers can participate more actively when distributing information that will be included in the database.

The MariaDB database has several features. The software is not "buggy", like others that are available on the market. This is a very important differentiator for developers and the IT team, as the work routine becomes much more productive.

MariaDB or MySQL: find out which database technology to choose

MariaDB is a type of database, just like MySQL. However, many business owners have doubts about its importance for a website and how to choose the most appropriate one. To let you know, follow this post to the end.

It is essential to have a website to start a Digital Marketing strategy and, in order for it to work properly, it is necessary to follow some steps: choosing a domain, hosting, and defining a database, such as MariaDB and MySQL.

After all, what is MariaDB?

MariaDB is one of the best-known databases in the world, created by the same MySQL developers, who maintained the open-source framework. Its main feature is the speed, scalability, and robustness of its tools, plugins, and, of course, storage capacity. This made him get renowned users, such as:

Why the name “MariaDB”?

Now that you know that MySQL developers are the same as MariaDB developers, it is easier to understand the origin of the name. "MySQL" is a registered trademark of Oracle and its nomenclature comes from Monty Widenius' first daughter, called My.

Therefore, the first part of 'MySQL' is pronounced as the possessive pronoun "mine" in English, even if this does not correspond to the correct pronunciation of the Finnish name, Monty's native language.

MariaDB followed this same tradition by receiving the name of his youngest daughter, Maria. At first, the name was assigned to a storage mechanism. However, it was renamed Aria (thanks to the result of a contest) when it started to unite both MySQL technology and MariaDB as we know it today. 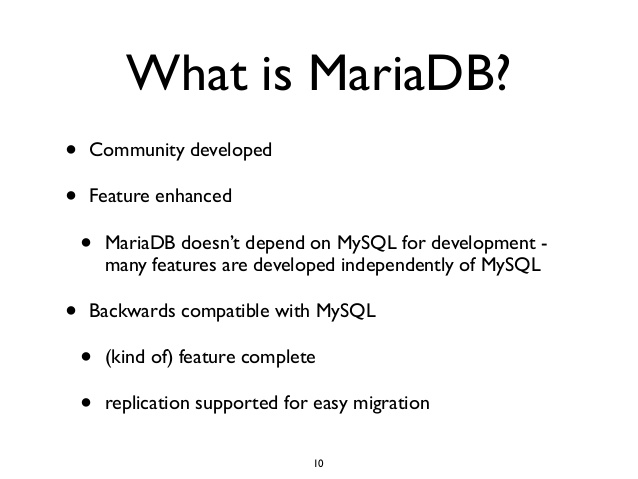 What are the steps to install MariaDB on your website?

As installing MariaDB requires development knowledge, we recommend the help of a programmer or the support of your host. In any case, we have listed the necessary steps here:

Set the root password as well as other important settings by entering the command / usr / bin / mysql_secure_installation.

And what is MySQL?

As you already understood what MariaDB is, you must be wondering what is this MySQL that carries the signature of the same group of developers, right? Well, let's go to the definition!

MySQL is free and open-source software created under the terms of the GNU General Public License. It was originally created by the Swedish company MySQL AB, founded by David Axmark, Allan Larsson, and Michael “Monty” Widenius (who would later create MariaDB).

Its development was initially produced for personal use using mSQL based on a language that the creators considered slow and inflexible. It was then that they created a new SQL interface, maintaining the same mSQL API, giving rise to MySQL.

How does MySQL work and what is it for?

MySQL is used for a number of purposes, and its main purpose is to organize the database, being able to store everything from information about a company to the list of products available in an online store.

It is associated with the PHP or Perl scripting language (which you can access from commercially available hosting servers), which allows you to create websites that display information quickly and categorized within a website. Let's see an example within e-commerce?

Simple, isn't it? Now let's see how each of these steps works within the MySQL framework:

What are the differences between the two technologies?

Now that we introduce you to each of the technologies, let's see what are the main differences between them.

The first difference is that MySQL has an open-source with the option of commercial distribution, whereas MariaDB does not, since its work is derived from the MySQL source code with respect to this license.

Support servers also have differences between the two technologies. MariaDB has its own support services, while MySQL offers technical support, training, certification, and consulting, which draws the attention of large companies that need to train their employees in this regard.

On the other hand, MariaDB is more open to receiving praise, criticism, and contributions from users in its community as developers are always on the lookout to improve the software, fix bugs, and make the code even better.

What are the advantages and disadvantages of MariaDB?

Let's see what are the pros and cons of MariaDB.

What are the advantages and disadvantages of MySQL?

Now let's move on to the pros and cons of MySQL.

How to choose the ideal database?

Finally, here are the three points that should be considered at this point.

The first question you should ask when hiring a database is: what are the business goals I want to achieve? When you have pointed out the needs of your company, take them into account to know which database is the most compatible.

Knowing how many accesses your website or blog has or should have is essential to choosing the appropriate database for the company. After all, depending on the number of visits he receives and the number of files to be inserted, you will need a server and a more robust bank.

A realistic projection of expected growth

The projection you make for the performance of your website needs to be one of the points to be taken into account when choosing the database. If your goal is high, you will need to have a bank to match.

For your company's website to generate the expected results, it is necessary that both the database and other points are established, for example, the server.